We had a very powerful crusade, although it wasn´t one of our biggest in numbers, the quality of the miracles and the release of power was quite astonishing. Thousands of precious people surrendered their lives to Jesus for the first time. Out of all of our conferences, seminars, leadership and discipleship training and crusades over the last years we were able to start new churches and new christian ministries. This is pioneering missions and God is standing behind this in a strong way.
Way over 60% of the attendants of the open air crusades were non-Christians, I am so grateful for every single person! We even had a moslem get saved in one of our pastors meetings, I was able to lead him to Jesus in a one-on-one situation later. I have no idea how this guy ended up in that meeting. The power of the Lord was present to heal, dozens gave testimony of how God touched them, we saw incredible creative miracles and demonstrations of the supernatural.

All Glory to King Jesus!!

When our team arrived back at our Apartments after one meeting, I kneeled down before God and just thanked Him and gave Him praise. Later I got up and thought to myself, "Death, where is your victory? Death, where is your sting?" (1. Kor 15:55)
That night we had a meeting with "only" a couple hundred people, our open field crusades started the following day.
At the beginning of the meeting I felt a Spirit of faith and I knew that God would do marvellous miracles. During the rather short message that I preached, I think I shot out more than 20 scriptures putting pressure on the Word of God as they came up in my spirit and there was an incredible expectation. I ministered in meetings that where 20 times bigger and didn't sense it so strongly as it was in this particular night the case.

A woman was brought to the meeting which was completely paralyzed - Jesus completely healed her, she was not only walking but running and moving her arms and legs freely.
A woman testified to having received her healing from Tuberculosis, as far as she could tell.
Another person was completely healed of arthritis.
Someone with a serious heart issue testified having received total healing.
When we were about to leave, after incredible miracles took place, people got saved and were filled with the Holy Spirit, the Holy Spirit spoke to me, "The young people are very rebellious. If they die in their sins, they won't make it."
Previously already, I was grieved in my spirit but in no way irritated about the fact that many young people were so absent-minded, despite the fact that there was such a release of power. I did something that I´ve never done before, as we were about to head out and leave the meeting, Gods love gripped me and I grabbed the mic one more time and began to speak to them in a calm yet very clear way, about the fact that if they don't make Jesus the Lord of their lives, they will surely go to hell. What happened in the next meetings was a little shock to me, it was as if they all were sober all of a sudden or woke up, and about 20-30 of them made a genuine commitment to Christ. I prophesied over some of them and encouraged them to walk closely with Christ.

On our way back from the last crusade meeting a pastor friend of mine said to me, "Pastor Philipp, one of the things that we appreciate so much about your ministry, is that you preach so clearly. People really understand by the Holy Spirit, what they are getting, what sin is, why they need Jesus, and what the gospel is. Many preachers preach a lot but they never preach the gospel. But it is the gospel that changes human hearts, and it is the gospel that changes regions. This is what we need."

I thank God for the angel of awakening that is assigned to this ministry, for the Holy Spirit to continue to teach me how to operate in the gift of faith, the working of miracles, and the prophetic, and for His relentless love for lost mankind.

Here are some other testmonies of what Jesus did:

PASTORS MINISTRY RESTORED: In one leaders conference, the Holy Spirit diverted me into a totally different direction than what I had initially intended, and showed me that this night He wants to restore visions that some Pastors have received. Specifically, I had a word for a man that 15 years ago God had called him and gave him a clear vision, what he was supposed to do. But the enemy came against him and through personal failure he buried his talents and his ministry stopped. God showed me, that He didn´t regret calling this man and that He is by no means done with him. The man was so touched by God and received new courage to start in a fresh way. Later I found out, that he used to be one of the bible school students of one of my colleagues. He explained to me in detail what happened and we prayed together. This was a very important evening for him.

TUMORS DISAPPEARED: People who had tumors received healing as their tumors vanished under the power of God, including a woman had a tumor the size of a coconut on her stomach. During prayer, she felt the tumor began to "melt" - those were the words she used, until it was completely gone.

BLINDNESS HEALED: Some time ago, something heavy fell on a womans head, which caused her to lose her eyesight. In the meeting, all of a sudden she began to see shadows, then she could see more and more clearly, and eventually Jesus completely healed her and she received her sight back. 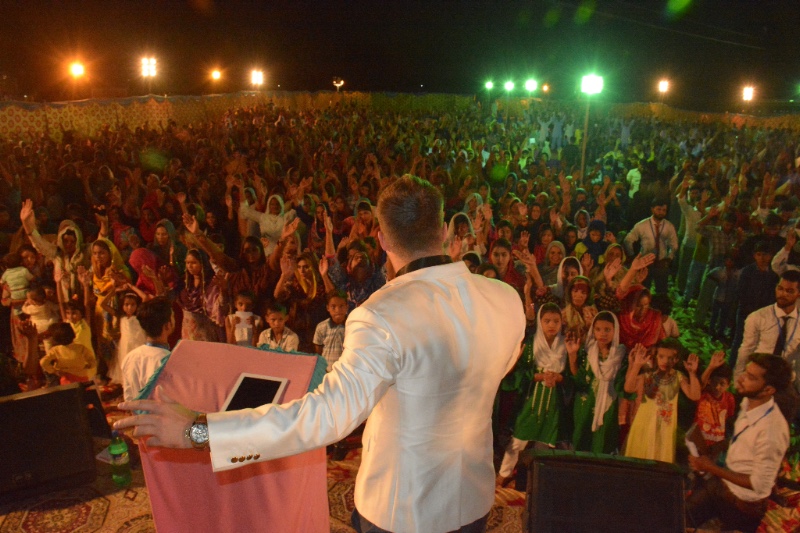 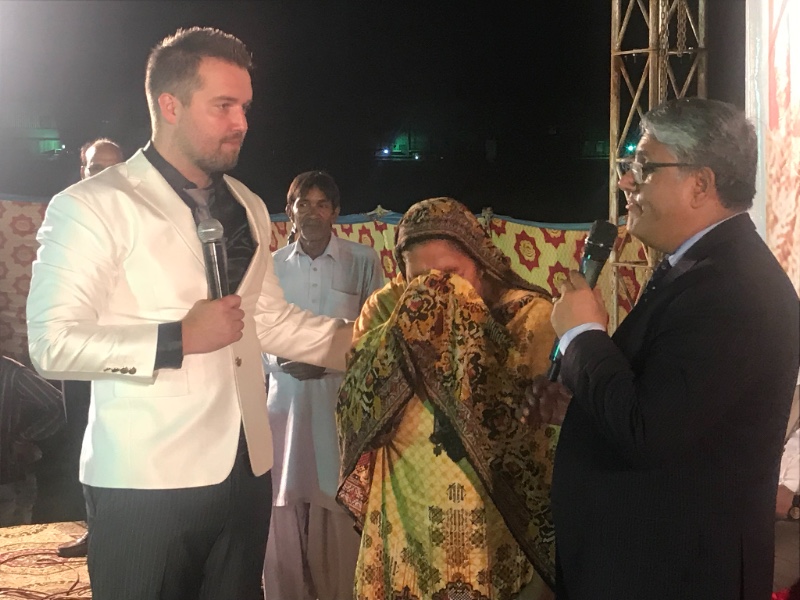 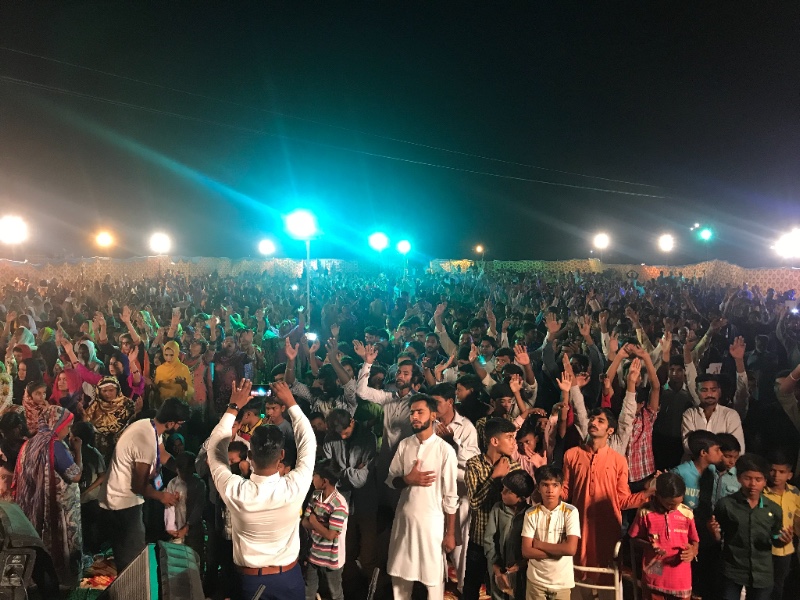 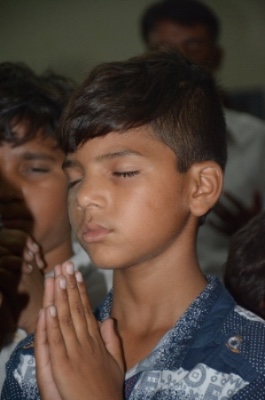 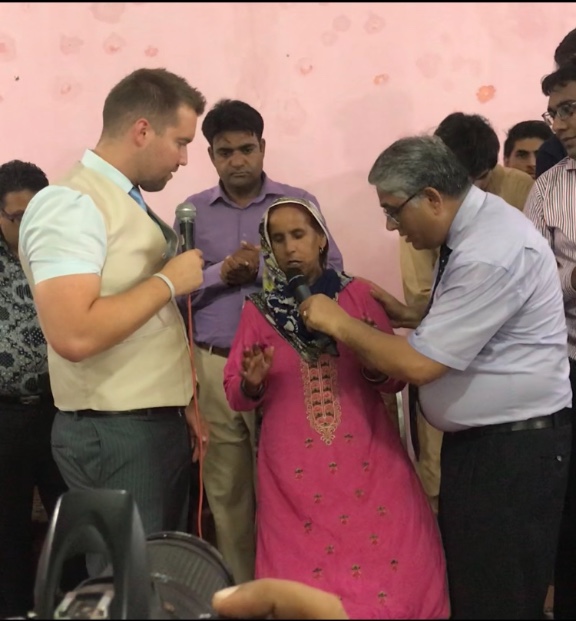 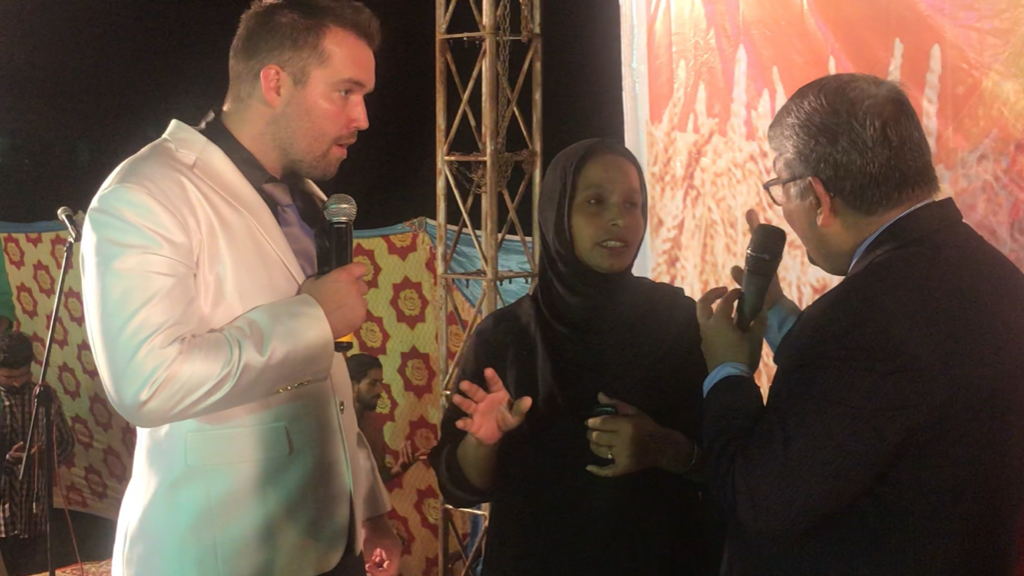 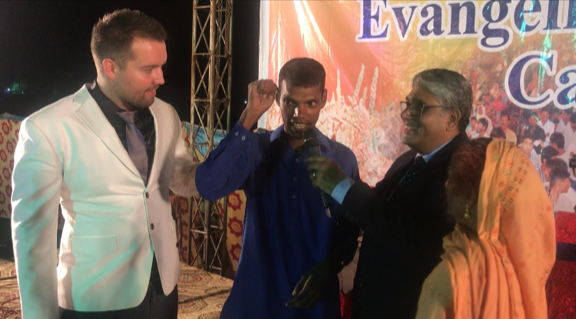 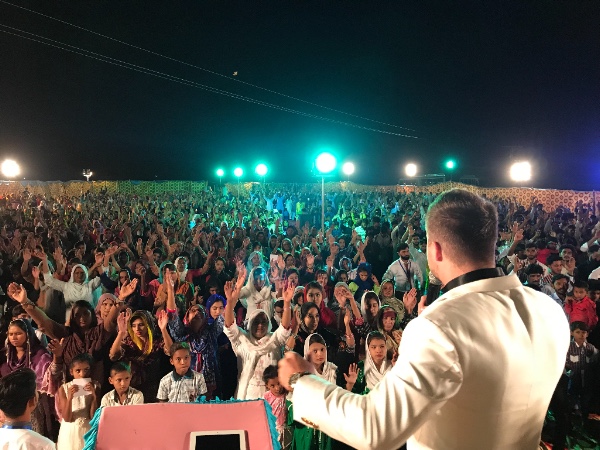